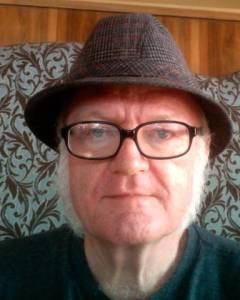 Norm became a student of improvisation and composition at 14 after studying piano for seven years.

In 1968 he graduated from High School and went off  to the San francisco Conservatory of Music intending to become a concert pianist. Something happened on the way to Carnegie Hall……..he met William Allaudin Mathieu.  Already improvising, at age 17, Norm stepped into Bill’s improvisation class at the Conservatory he was to learn, among other important improv concepts, theater games Bill had perfected while he was the first music director for “Second City” in the late 1950’s. Norm was to later study harmony, theory and life with Mathieu for approximately twenty years during the time Bill was chiseling “Harmonic Experience” into a 500 page treatise on Harmony and “How it got that way”.

After a year and a half at SFCM, studying piano with Robert Helps and Bernhard Abramonwitsch  Norm went to California Institute of the Arts. In between schools he drove the truck for a midwest tour of the Don Ellis Jazz Band.

NORM:”That experience changed my life. I met Milcho Leviev who I was to take my first jazz lessons with. While at Cal-Arts I began accompanying dance classes. First, modern classes then ballet. In 1973 I was hired by California State University at Los Angeles (CSULA). While there I collaborated on five albums, three for Modern Dance and two ambient albums for Folkways. Click here for 2nd album.

In 1995 I was hired at UC Irvine as Senior Musician for the Dance Dept. where I remain today.”